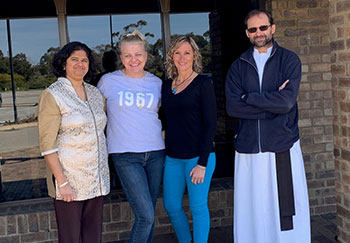 What happens when you bring together an Italian, a Peruvian, an Indian and an Aussie? Well, in this case, you get a beautiful representation of the many faith-filled people in Rockingham Parish, Western Australia.

In my phone interviews with Fr Pierluigi (Pier) Vajra CRS and parishioners Gianna, Liz and Mariza, they all attempted to humbly – and humorously – share about the new direction their parish has taken. They are an inspiring example of what co-responsibility can achieve. Here is their story.

Our Lady of Lourdes Parish in Rockingham is located about an hour’s drive south of Perth. For the last few years, the Order of the Clerics Regular of Somasca, commonly referred to as the Somascans, have had responsibility for this community. Fr Pier is Italian-born, and came to Australia via Sri Lanka about six years ago, working at first with Fr Johnson (Vijay) D'Souza CRS.

Fr Pier was initially reluctant to be interviewed because he was concerned that The Bridge readers may get the impression that this parish “had all the answers”. He knows that they don’t, but admits that they are seeing glimpses of the fruits of their hard work and willingness to try different approaches to invigorate parish life. He also acknowledges that in the early days after his arrival he was very conscious of his lack of experience in leading a parish. However, he thinks this has been an asset as he has had to lean heavily on input from the parishioners – and the Holy Spirit.

Fr Pier is a strong proponent of the Called and Gifted program. He has discerned that he is not a natural leader, but is strong in the charism of encouragement. Over the past six years he has personally researched ideas and concepts emerging from the Divine Renovation and Rebuilt ministries, from Alpha and resources from the Siena Institute. While parishioners have engaged with a number of these ideas, his focus has been on the Mass. 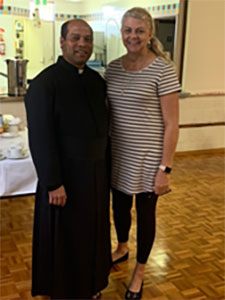 He is very intentional about preparing his homilies, ensuring hospitality is taken care of and that the ministries are as good as they can manage them. He says this hard work is paying off as parishioners are becoming more engaged in the Mass. He hopes that as these faithful Catholics feel strengthened in their love for Jesus and the Church, they will be encouraged to share their faith with others.

Liz is a wife and mum and has been involved in a number of parish initiatives. She is currently serving as the secretary on the parish pastoral council (PPC). Over the past couple of years she has seen a significant shift in what the PPC focuses on. She recalls that the meetings used to be absorbed in functional matters such as church maintenance. The focus now is much more on evangelisation, strengthening the faith of the people in the pews and the Mass. Liz says that this hasn’t been without some struggle. She cites cultural differences as an example, noting that parishioners who come from different countries have different ways of expressing and living out their faith. While these differences have ultimately enriched the community, there were some tough conversations to work through.

When I asked the group about how this fundamental change in the way the PPC operated came about, the response was interesting. Unlike other parishes where the PPC sets the direction and then has to “sell” any new ideas to the parishioners, it seems that as engagement in Alpha, the Mass, prayer groups and other initiatives has increased, the mindset of the PPC changed. PPC members that have come on board in recent times have been very influenced by their experience of these new initiatives. They have a greater desire to pour their energies into a mission-focused agenda. 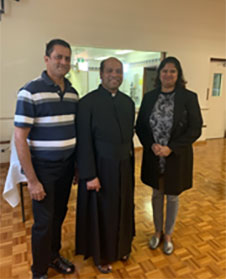 Mariza and her “number one supporter” husband arrived from India five years ago. Her life in India had been deeply influenced by the richness of the Catholic culture. To be Catholic meant regular reception of the sacraments, daily prayer and friendships with other faithful Catholics. Her move to Australia was a culture shock in terms of how Catholics practised – or, rather, didn’t practise – their faith.

She brought her frustrations and disappointments to prayer, and she says her heart was moved by the encouraging words of Fr Pier. He said, “God meets us where we are”, and where we are is going to look different for each of us. She decided to throw herself into whatever Catholic activities she could find.

Already attending a charismatic prayer group, invitations to participate in various new initiatives at the parish started to come her way. Mariza has been involved in the Rite of Christian Initiation of Adults (RCIA), prayer groups, Alpha and she has recently undertaken the “Ananias” training from the Catherine of Siena Institute. This program teaches people the skills of accompaniment – that is, how to walk with another person no matter where they are on the faith journey. She strongly recommends this as a way of building up friendships and strengthening people in their faith.

Gianna is one of the most vivacious people you will meet. While all the interview participants spoke highly of Alpha, it has become quite a passion for Gianna. In our interview, each of the participants acknowledged that they came to the introductory session on Alpha with their own reservations. For Mariza, she thought that it would “not be Catholic enough” – and even told Fr Pier that this was not a good move. 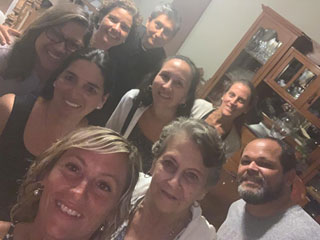 Liz, who says she is a shy person, was concerned about having to invite others to attend. She feared that people would reject her invitation and this made her feel nervous. Gianna and her husband said that, because they really liked Fr Pier, they would come along on the first few nights to support him, but then would probably pull out. However, the Alpha experience has been transforming for Gianna. So much so that when she returned to Peru to visit her family last Christmas, she started spruiking the benefits of Alpha. She could see in her Peruvian parish that, like Australia, numbers were decreasing at the Sunday Mass and people were becoming less engaged with their Catholic traditions.

She felt so strongly that Alpha could enrich their faith that she decided that the local bishop should know about Alpha. She realises that her daily calls and emails to the bishop’s office must have frustrated the staff, but in the end it worked. The bishop had indeed heard of Alpha, but had not been convinced of its benefits. After meeting with Gianna he agreed to give it a go.

Before Gianna returned home to Australia, she had connected parishioners with an Alpha support team and had assisted in running the pilot program. Gianna says: “I no longer fear rejection. If I invite someone to Alpha and they say no, that’s okay.”

With all these initiatives underway, Fr Pier took to prayer another concern that he had. He sensed that the parishioners needed to come together in small groups, and he particularly liked the idea of local neighbourhood gatherings. He put the idea out to the people and encouraged them to pray about this, too. 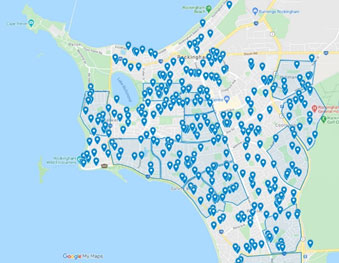 Amazingly, in only a few months, 14 neighbourhood groups have commenced. Now that COVID-19 restrictions have eased in the area, some groups have gathered in parks for picnics, prayers and even an outdoor Mass. The parish has used some clever technology to plot which areas have already been covered by the existing groups (see the zones that are shaded grey/blue). This visual representation inspires parishioners to see where the gaps are (zones not shaded) and to consider whether they could also help establish these local gatherings.

Finally, I asked them if they wished to share any particular joys or challenges that they had experienced during this time of parish renewal. The three parishioners agreed that it was Fr Pier’s hard work, encouragement and deep prayer life that had inspired them to become so involved. It is therefore a concern to them that if Fr Pier was asked to move to another parish, would they be “strong enough” to carry on this good work? Secondly, there is the danger of “burnout”. Trying to find the right balance of commitment to the many initiatives is something that needs continual monitoring and prayerful consideration. A third challenge is how to navigate diversity in their parish, especially between cultures.

And what brings them joy? The opportunity to be a Christ-centred community that is strongly focused on building relationships.