A generation ago, if you wanted to watch a movie or a television series, you had several options – go to the cinema, rent it from the local video store, watch it on television or record it on your VCR machine.

Today, virtually anyone with access to the internet can watch anything they wish, whenever and wherever they want. Pick a movie or series and watch it right away on your smartphone, tablet, laptop or home television.

But what challenges does this convenience of having unlimited realms of video content at your fingertips present, particularly for parents and families, and for society in general?

Before we get to answering that question, it’s important to understand what exactly we are dealing with. Most Australians – Catholics included – are now well-versed in the plethora of streaming services available, with recent data showing that 70 per cent of Australians watch films, shows or other content on streaming services[1].

For those unfamiliar with the term “streaming services”, it essentially refers to an online entertainment provider that delivers content to subscribers’ phones, computers or televisions. The list of streaming services available in Australia includes Netflix, Stan, Kayo, Amazon Prime Video, Disney+ and many others.

The services tend to cost between $5 and $25 per month, although there are also many services that can be accessed with a free subscription. 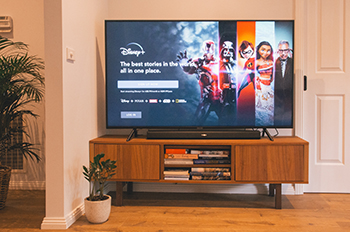 The growth of streaming services has been rapid. After launching in the United States in 2007, Netflix was available in 190 countries by 2016[2]. Recent statistics show that the service has more than 207 million subscribers[3].

While consumers do benefit from having more content to choose from and flexibility to watch programs whenever and wherever they want, such conveniences can also prove problematic, especially for parents.

One of the downsides of having so much content to choose from is that parents cannot possibly know whether each individual title on offer is appropriate for their children to watch. A generation ago, parents had much more awareness of what media their children were consuming on television; today, there’s a lot more content to keep up with.

A second challenge is the fact that children are no longer limited to watching a series or movie at home in the living room. They can watch movies from almost any device at any time – on the school bus, in the car or in their bedrooms when the lights are out. Monitoring your child's streaming habits requires proactive parenting, including monitoring user accounts, and encouraging viewing in common spaces of the home or together as a family. 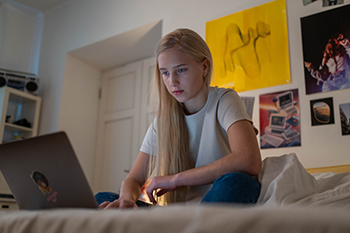 Monitoring a range of devices takes significant time and effort for parents who are already over-stressed and working long hours.

Finally, it’s important to note that, unlike free-to-air television networks, streaming services are not subject to content regulations and requirements[6], so some content could be entirely inappropriate for teenagers and children.

There’s no easy solution to the aforementioned challenges, but parents can go a long way to alleviating any risks and dangers by educating themselves on the content control options that can be implemented.

In the US, the Parents, Television and Media Council has been working for many years to help parents navigate streaming services. In an April 2021 report, the Council stated that in the past few years, many streaming services have at least adopted some type of content controls based on age[7]. But they’re generally no match for a tech-savvy teenager.

Of the major streaming service providers, only Netflix allow users to block specific programs. Other providers have weak protections, if any, in place. For example, Hulu profiles are not password-protected, allowing children to simply switch profiles to access all content – a simple task for this generation. Some services, including Netflix and Disney+, offer users a kids profile, which restricts users to G- and PG-rated programs, but once they outgrow such content, the next step up is an unrestricted adult profile. The lack of any in-between profile makes it immensely difficult for parents of older children.

The key advice for parents is to:

Streaming services have the potential to be a great source of joyful, funny, wholesome family entertainment, thanks to the enormous range of content available and the flexible viewing options they present. But without prudential parental choices, they can also expose children and families to content that conflicts with the inherent dignity of families and human life.

One of the biggest differences between streaming services and free-to-air television is the massive amount of content available on streaming services. There’s believed to be almost 2500 titles available in Australia on Netflix alone, with thousands more titles present on other streaming services. Typically, most services will include a range of popular material, as well as some lesser-known titles, such as international films or content from previous generations.

In 2018, Netflix announced that it was planning to include a range of faith and family-based content within its available titles[8], but those plans don’t appear to have been realised just yet. It does, however, feature a category titled Faith and Spirituality[9], which is described as including “family-friendly movies [that] look at the religious and spiritual realms and tell some very inspiring stories”.

There’s other Catholic content available elsewhere in the streaming landscape as well, such as the 2019 film about Blessed Franz Jagerstatter, A Hidden Life, which is only available on Amazon Prime Video. The same is true for Molokai, an inspirational film based on the life of Fr Damien De Veuster, who was canonised in 2009.

Sadly, such content is extremely rare to find within the programs offered by secular streaming services. Thankfully, there are some other Catholic streaming options available, such as FORMED, Shalom World, EWTN and Word on Fire Digital. We will explore these services in an article in the next issue of The Bridge.