In the previous edition of The Bridge, we explored music’s ability to evangelise, with a particular focus on secular music. In this article, we look more specifically at worship and inspirational music.

There is a fascinating passage in the Second Book of Kings in the Old Testament. The kings of Israel, Judah and Edom, seek out the prophet Elisha to converse with God on their behalf. When they meet with Elisha, he asks for a musician to be brought to him.

This passage illustrates how music has always had the ability to speak to our inmost beings, and to bring us closer to God. There are other similar examples in the Bible, as well as in the lives of Church Fathers and saints, where music has directly enabled an encounter with God.

In today’s musical landscape, Christian music is an increasingly diverse genre, with new sub-genres arising regularly as Christian artists delve into different musical styles. While one might easily deduce that only “believers” would listen to such music, the mere fact that Christian music sits alongside secular music on Spotify, Apple Music or YouTube provides an opportunity to reach the ears, and minds, of people who have never heard about God or Jesus.

For Catholics, praise and worship music first started to appear in the 1990s, steadily growing in popularity and variety. Participants at youth events like World Youth Day, Proclaim and the Australian Catholic Youth Festival will likely recall the worship music played by Catholic artists such as Matt Maher, Steve Angrisano and Fr Rob Galea.

For Catholics, praise and worship music started to grow in popularity and variety from the 1980s as ecclesial communities, youth groups such as Antioch and events like youth rallies, festivals and World Youth Day provided a new experience of Christian music beyond liturgies. It has seen artists expand their repertoires and the creation of huge music and evangelisation ministries by musicians such as Fr Rob Galea and Matt Maher.

But how can that music reach the world outside Church communities?

According to Word on Fire author Fr Billy Swan, one of the keys ways music – whether it be Christian, worship or even purely instrumental – can evangelise non-believers is through beauty, either in the musical arrangement or the lyrics.

“Whether we are already committed believers or hardened skeptics, beautiful music has the power to deepen our communion with God or at least open us up to a greater religious and spiritual sensibility. Music pulls heart strings,”[i] he wrote in 2020. 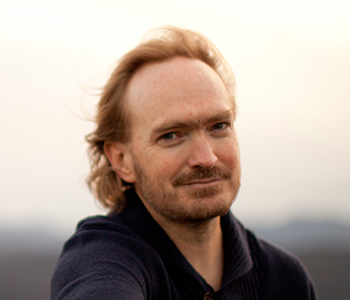 This sentiment is something shared by local Catholic musicians, such as Canberra’s Stephen Kirk, who has been writing and performing Catholic worship music for more than 25 years. The youngest of six boys, Stephen was surrounded by a wide range of music since childhood. He says his music would fit into the genre of contemporary Christian music.

“Some key characteristics [of my music] would be that it is centred in prayer and seeks to be deeply rooted in the ancient beauty of the faith,” he says.

“My more recent works have also focused on chant, and on incorporation of Irish traditional elements.”

“Music can be an incredibly powerful tool for evangelisation in the hands of God,” he says. “These days, all of us are drowning in a sea of words that seem to have less and less meaning.

“Those around us desperately need to hear the ‘words of eternal life’, but how can we convey them in a way that people can hear through the cacophony of other voices?

“Music is a powerful tool to draw people into an encounter with the Word of life – God himself. Music has enormous power to reach hearts, even when minds are closed, because it can connect people directly to the rivers of grace that God pours out.”

“All of us in the worshipping community need continual evangelisation, continual renewal and deepening in our givenness to God,” he says. “Worship music can be a powerful tool to draw all – those who experience faith, and those who do not yet – into a transforming encounter with God.”

Brisbane-based Emma Fradd, 32, has also performed at various Catholic youth events over several years. Earlier this year, she formed a new Catholic record label with her husband, called Enemy Love Records. It seeks to offer formation and ministry to Catholic musicians, as well as providing a platform for good music from Catholic musicians to have a wider reach.

While she describes her own music as “alternative”, Emma has been involved in the Australian Catholic music scene for many years. Last year she teamed up with young musicians in Brisbane to create an album called The Psalms Project – an album of 10 psalms written to new melodies by Australian Catholics.

Emma agrees music can be a tool for evangelisation, but in her experience, it tends to be fairly subtle.

“A lot of the time music does evangelise our culture, but our culture doesn't realise it,” she says. “People will cry at art or be moved by a song and not really know why. Music is beautiful, but in regard to evangelisation I think people still need a person who can walk alongside them and proclaim the Gospel to them, putting a name to the beauty they are encountering.”

For Catholics, the topic of Christian music can be somewhat contentious. Nevertheless, its popularity does provide some insights for the Catholic Church, according to Stephen.

“One thing that contemporary Christian music, and worship groups such as Hillsong, have done very well is to engage youth within their own culture,” he says.

“It’s important that we in the Catholic Church do the same, whilst also, in the one action, drawing deeply from the richness of our tradition.”

While acknowledging that, lyrically, Christian music can occasionally conflict with Catholic theology, Emma says it can also be a useful aid for prayer for some people.

“Most Christian songs aren't intending to form us in our faith,” she says. “Rather, most express who God is to us. The best Christian music helps us put our focus on God and who he is, what he has done, versus on us and how we feel. The best lesson Christian music has taught me is that God is deserving of my praise, no matter how I feel.”

In the next edition of The Bridge, we will conclude this three-part series by examining liturgical music’s capacity to serve as a means of evangelisation.