Listening to the enquirer 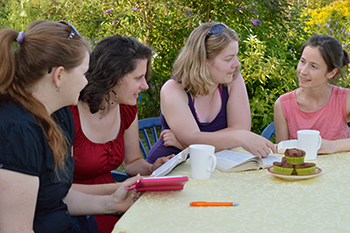 When a person enquires about the possibility of becoming a Catholic, there is usually something stirring in their heart providing the impetus for them to make contact. Tapping into these early stirrings, and nurturing them, is the role of the entire parish, and specifically the Rite of Christian Initiation of Adults (RCIA) team, the clergy and the godparents.

Understanding an enquirer’s story allows those involved in the RCIA process to gauge what transformation or conversion is taking place.

Many years ago, as a parish sacramental and RCIA coordinator, it was my role to interview these enquirers. My first attempts at doing this did not produce an effective journey for our enquirers. While I managed to obtain important details – name, address, date of birth, marital status, etc. – I neglected to invite them into a deeper conversation about why they were interested in knowing more about the Catholic faith.

As I became more involved and experienced in the RCIA process, I realised those first meetings were critical in understanding where the enquirer was and where they wanted to go. They all had a story, they all had questions and they were all searching for something.

Not surprisingly, a good number of enquirers have a pragmatic purpose for wanting to become a Catholic. For example, they want their child baptised so they can attend a Catholic school or they want to teach in a Catholic school. Others can’t quite put their finger on why they want to know more about being a Catholic. Some are simply responding to a nagging feeling within and aren’t even sure if they want to make a commitment to living life as a Catholic. The stories and the reasons are as varied as there are enquirers.

What are the signs of conversion?

Regardless of why a person makes this initial enquiry – and we should try not to be cynical about an individual’s reason – if they are to be formally initiated into the Catholic community, there must be identifiable signs of conversion that both they, and those accompanying them, can attest to.

When we speak of conversion in the context of the RCIA, we are looking for signs of change or transformation in the life of the catechumen and candidate[1]. There should be an active turning away from sin and all that does not bring life, and a focus towards all that is good and virtuous that come as gifts of God’s grace.

How the RCIA process aids conversion

The RCIA process emphasises this fundamental need for conversion by choosing three specific Scripture passages for the scrutinies[2]. These readings exemplify human transformation and are proclaimed whenever the parish has candidates for initiation, regardless of what liturgical year the Church is in.

Namely, we hear of the encounters with Christ of the Samaritan woman, the man born blind and the raising of Lazarus. These stories can draw out of the candidate beautiful responses as to what it means to direct one’s life to Christ. Those who accompany the candidates should be ready to see if these Scriptures and other encounters – for example, prayer – are effecting a personal transformation.

Are they ready? The role of the godparent/sponsor 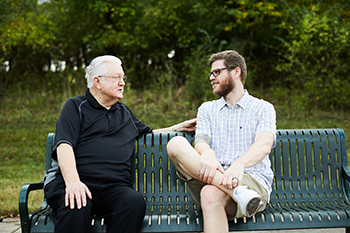 The attestation to a catechumen’s conversion journey is integral to the Rite of Election, which normally happens on the First Sunday of Lent. At paragraph 118 of the rite[3], the bishop, or his delegate, addresses the godparents, asking them to confirm that they believe the person is worthy of being initiated, that they have listened to God’s Word, that they are walking in “God’s presence” and that they have joined in prayer with the community of Christian believers. These are serious questions.

So, at this point I’d like to raise the delicate matter of the choice of godparents. In my early naivety and, later, a certain degree of cowardice, I have allowed catechumens to choose a godparent who wasn’t suitable for the responsibility of discernment. Don’t get me wrong, they were often very lovely people with great intentions and a warm heart. However, discernment of whether their catechumen was ready to be initiated was not their strong point.

In some cases, the godparents were ambivalent themselves about the need for regular Mass attendance and personal prayer. As well, they were often unable to articulate how they had encountered Christ in their own lives. They were also unwilling, or nervous, to challenge the catechumen about aspects of their lives that were not in line with the teachings of the Catholic faith.

Thus, a second delicate point needs to be raised. Is it possible to say to a catechumen, before the Rite of Election, that we don’t think they are ready to be initiated? I’ve had to do that, and it was hard. But it was hard only because I hadn’t realised how important it was during the early days of the process to tap into those issues that were challenging to the catechumen’s ongoing conversion. But once I, the godparent or a team member gently raised any concerns early in the journey, the easier this discernment step became.

As these catechumens examined their conscience and learnt how to bring any concerns to God in prayer, the more they acknowledged the roadblocks to their ongoing conversion towards God. Letting the catechumen know this journey to full initiation can take as long as is needed gave them the freedom to wrestle with any obstacles they were facing.

Why conversion is important for every parishioner – and our parishes

It's here that I want to push a bit harder on why this task of discerning someone’s readiness for initiation is problematic in many parishes. It’s the necessity that such discernment will have to take place that leads people to not wanting to go on the RCIA team. Most of us know that we fall short of what God and the Church asks of us. So how can we challenge another person when we know we have issues ourselves?

Such issues might include a marriage arrangement that is incongruent with Church teaching or a misdemeanour when we were young that still haunts us and we’ve never gotten around to bringing it to the sacrament of Reconciliation. Maybe we have an anger management issue or an addiction that causes pain to our family. Whatever! The crux of the matter is that we all need to address our failures and we are all in need of conversion.

So, where does that leave us? Well, probably with a good deal of thinking to do. Our RCIA teams cannot be made up of perfect people – they simply don’t exist. But they can be made up of people who acknowledge their failures and bring them to God, seeking his compassion and mercy, and who have a genuine love for Jesus and his Church. Sure, we need to have a person, or two, on the team who has theological training that can be drawn upon every now and then. But, even these team members, like the others, need to acknowledge that as long as they draw breath, they too are on a journey of conversion towards God.

I feel confident that there are people like this in every parish who might only need to be given formation about the RCIA process and the encouragement to be part of the immense joy of accompanying people on their journey to full initiation and beyond.

We should never underestimate the renewal and revitalisation that can occur in a parish as its parishioners are inspired by these adults who seek full initiation into the faith, and the desire to share their ongoing conversion.

Pope Francis: God calls us to conversion at every stage of life (Angelus, 24 January 2021, Rome) This video (with translation) starts with a homily on the importance of conversion, followed by the Angelus prayer, and then a further homily/commentary on the Word of God Sunday and other current issues. Suitable for RCIA process team members.

RCIA’s six keys to making lifelong disciples, Nick Wagner, TeamRCIA (United States). This is the first blog post of a series of short articles on the importance of conversion in the RCIA process.

[1] A catechumen is an unbaptised person seeking full initiation, a candidate is baptised, and looking to complete their initiation. However, the word candidate is also used for a person preparing for a rite (which can include the baptised and unbaptised).

[2] The scrutinies take place on the third, fourth and fifth Sunday of Lent. See paras 128-133 of the RCIA.