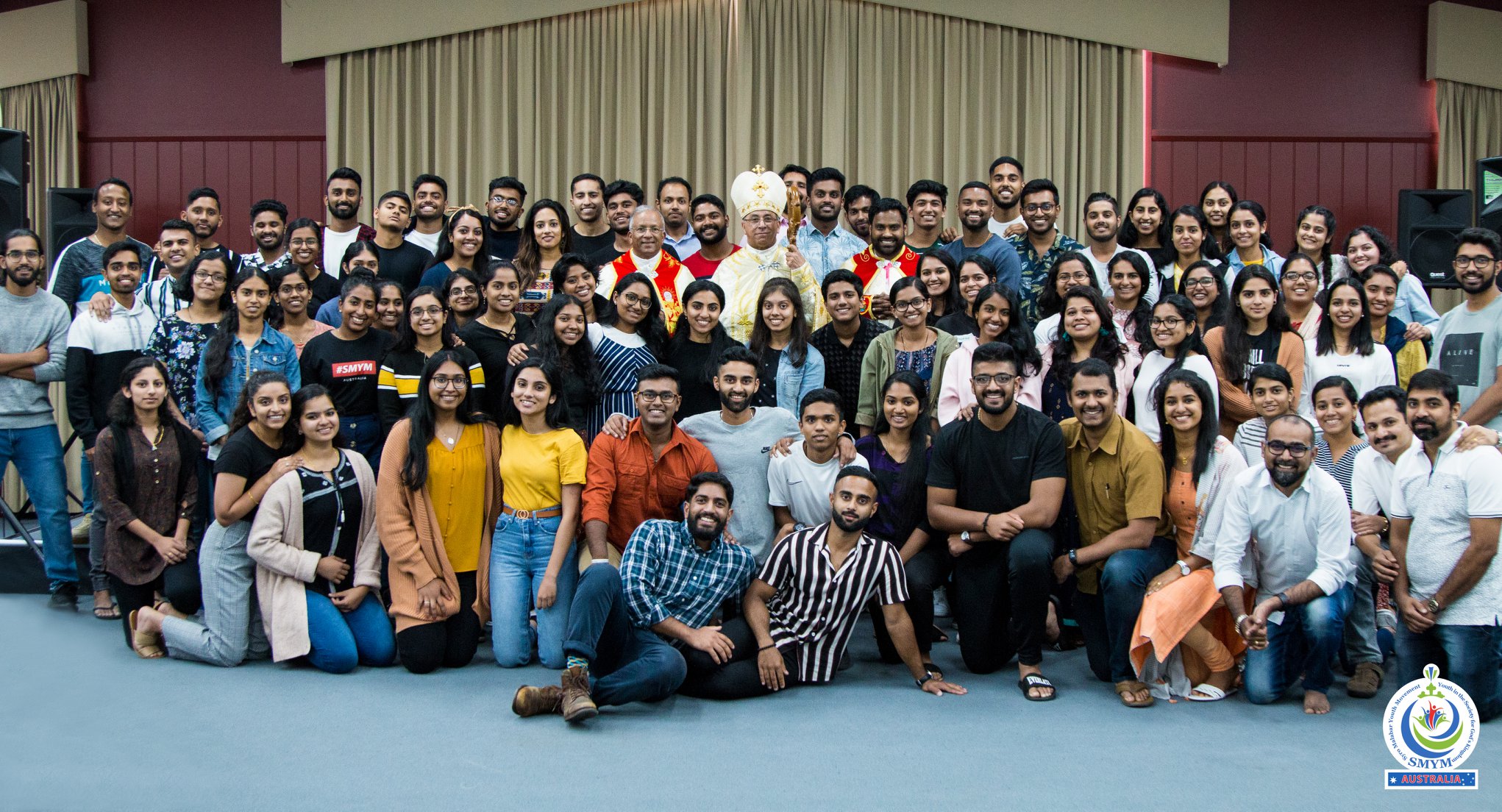 During October’s first assembly of the Plenary Council of Australia, Catholics were encouraged to deepen their understanding of the various Eastern Rite Churches that exist in Australia. The National Centre for Evangelisation recently spoke with Bishop of the Syro-Malabar Eparchy in Australia, Bishop Bosco Puthur, to learn more about the Syro-Malabar Church and its growth around the country.

“Indian in culture, Christian in religion, and oriental in worship.”

That’s the way Bishop Bosco Puthur, Bishop of the Syro-Malabar Eparchy of St Thomas the Apostle of Melbourne, describes the rapidly-growing community that he leads, which now has a home in every state and territory in Australia.

The Syro-Malabar Eparchy, which is essentially the equivalent of a diocese, was established in Australia eight years ago by Pope Francis and is one of 23 autonomous Eastern Catholic Churches that form part of the universal Catholic Church. Some of these are familiar to many in Australia, such as the Maronite Church, while others are less familiar. The Syro-Malabar Church is the second-largest Eastern Catholic Church, with more than four million members worldwide[i]. It traces its origins to St Thomas’ arrival in Kerala, India, in 52 AD.

There are Syro-Malabar Eparchies in India, the United Kingdom, the United States, Canada and Australia.

Bishop Bosco, who himself hails from Kerala, says the Eparchy is still in its “infancy” in Australia.

“The migration in great numbers of the Syro-Malabar faithful to Australia started mainly in the first decade of the new millennium,” he says. “In the initial years, our community gathered by actively involving the local Latin parishes. With the generosity of the Catholic Church in Australia, in spite of the sheer geographical magnitude, the Syro-Malabar communities slowly emerged as parishes and missions.”

The core vision of the Syro-Malabar Eparchy, Bishop Bosco says, is to “become an evangelising community”, not just within Australia, but throughout the nations of the Oceania region.

“This vision is carried out by the faithful living out their faith in Jesus Christ in the fullness of their oriental Catholic ecclesial identity and handing it over to the coming generations by the power of the Holy Spirit,” Bishop Bosco says.

“It is a challenging task, given the present secular culture prevailing in this part of the world. We have to continue to strive to evangelise our own members in the communities and only then can we radiate the splendour of the beauty of the Gospel to people around us.”

During the recent first assembly of the Plenary Council, it was recommended that Latin Rite Catholics develop their understanding and knowledge of the Eastern eparchies and communities. Bishop Bosco says the best way to learn more about the Syro-Malabar Eparchy is to participate in its liturgical celebrations and to interact with the faith community.

The Syro-Malabar liturgy, called “Holy Qurbana”, is generally celebrated in Malayalam, the language of Kerala.

“One of the gifts of our Church is its liturgical tradition, which is very ancient, arising from the East Syrian heritage,” he explains. 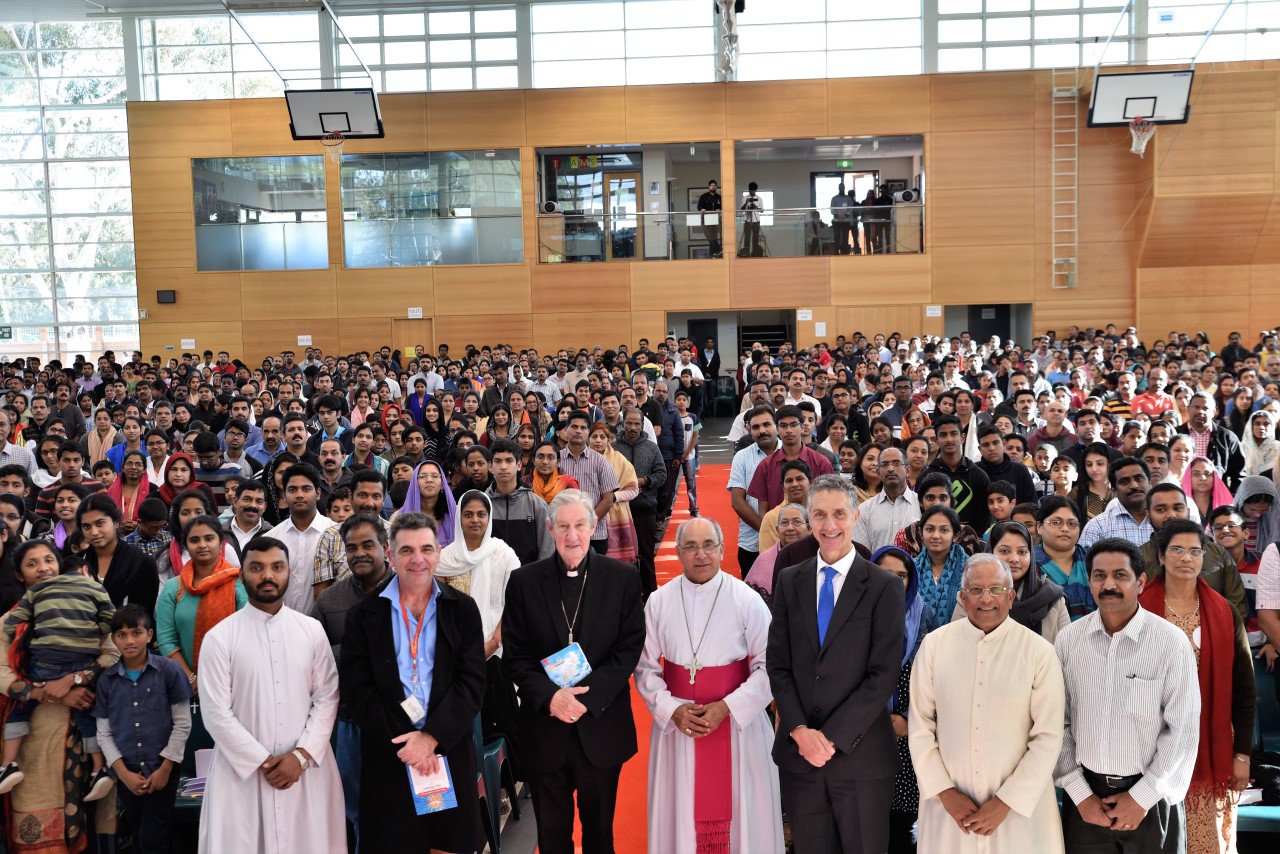 The Syro-Malabar Church follows its own liturgical calendar, which is divided into nine seasons throughout the year – Annunciation, Nativity, Epiphany, Great Fast, Resurrection, Apostles, Summer, Elijah-Cross-Moses, and Dedication of the Church[ii].

There are also several unique feast days celebrated during the year, such as the Feast of the Seventy Disciples of Jesus and the Feast of the Syriac Fathers. The feasts of the Epiphany, Sts Peter and Paul, the Ascension and St Thomas, are all holy days of obligation in the Syro-Malabar Church. These are just some of the unique cultural and religious traditions observed by the Syro-Malabar Church throughout the year.

“Daily family prayer, fasting and penance, especially on Fridays … are important hallmarks of our community,” Bishop Bosco says. “The celebration of Passion Week is of utmost spiritual richness in our tradition.”

The Latin Rite season of Advent is called the season of Annunciation in the Syro-Malabar Church, Bishop Bosco explains.

“In preparation for the Feast of the Nativity, we practise abstinence from 1 to 25 December, called 25 days of Lent. During the days leading up to Christmas, our communities join in Christmas carols, visiting all the families of their prayer units.

“On Christmas Eve during the Nativity liturgy, instead of blessing the new candle we have the blessing of fire with a warming ceremony.”

As the Syro-Malabar Eparchy continues to grow and spread in Australia, Bishop Bosco has high hopes for its future.

“In spite of the challenging cultural atmosphere prevalent in Australia, my hope is that our youngsters will imbibe their ecclesial identity at a more personal level and will share it with others,” he says.

“I’m confident that our community will be able to provide many priestly and religious vocations, not only to minister to our community, but also to the wider Catholic community.”

For more information about the Syro-Malabar Church, download the booklet, Eastern Catholic Churches in Australia.