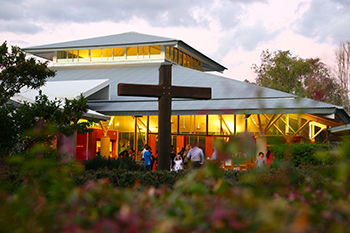 “Clergy moves” is an aspect of Church life that most priests and parishioners know they must live through every few years. It can be a challenging time for all concerned. The priest must pack up his belongings, say his farewells, move to a place — usually not of his choosing — and then attempt to settle into his new surroundings. Parishioners might be joyful about the change of priest, or sad to see the outgoing priest leave. Sometimes, when the clergy moves happen frequently, parishioners may even disengage and possibly not even try to connect with the “new bloke”. Such transitions can be fraught for both parties.

All Saints Parish in Albany Creek, Queensland, has recently experienced such a transition. However, unlike other parishes, this was the first change of parish priest since the mid-1980s! For 35 years, Fr Ron Mollison faithfully pastored the parish until a stroke led to his retirement, suddenly leaving the parish without a priest. As luck, or divine providence would have it, Fr Josekutty Vadakkel CMI was wondering what his future held as he completed his sixth year as priest formator at Holy Spirit Seminary in Brisbane and headed to India for sabbatical and personal leave. While in India, and as COVID-19 reached pandemic status, he received a call advising him of his appointment to the role of parish priest for All Saints.

Fr Josekutty admits he was “a little nervous” about accepting the parish role, as his recent work had not been in parish ministry. He also knew he had “big shoes to fill”. 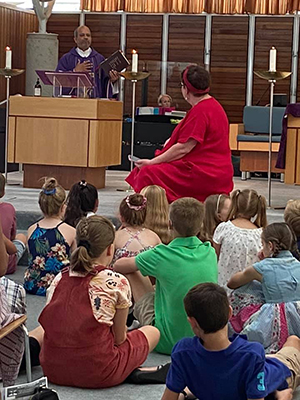 Anne Frawley-Mangan and husband Michael Mangan became members of All Saints Parish soon after it was formed. Michael said: “We had been terrified for years of who we might get when Fr Ron’s time would come to leave. Our concern was that we would be sent an autocratic priest who would undo all the good work that had been done if it didn’t suit him.”

Nev Shoesmith, a convert to the faith six years ago, suggests he wasn’t too perturbed by the change and quickly became “excited and positive about the new opportunities” that having a new priest might present.

Trish Turner, a nursing director who works with people living with profound intellectual and physical disabilities, agrees. However, she admits that not being able to formally farewell Fr Ron meant “there was no real closure of his departure. And similarly, due to COVID-19, there has been no real opportunity to formally welcome Fr Josekutty”.

Because such transitions can be difficult, I asked the parishioners and Fr Josekutty if they had any wisdom to share with other parishes facing a change of clergy. Anne said they had been very fortunate, because before Fr Ron got sick a few parishioners convinced him to document the parish’s vision and “ways of doing things”. Fr Josekutty said he had found this documentation very helpful in getting a picture of parish life.

Anne’s advice to parishioners and priests who are experiencing a clergy move:

While many aspects of parish life have remained the same since the arrival of Fr Josekutty, some things have taken a new direction.

Firstly, and quite significantly, was the decommissioning of the Parish Pastoral Council (PPC). After a period of discernment, it was agreed that a new model of parish leadership should be tried. The Mission Core Team (MCT), which comprises seven parishioners and Fr Josekutty, replaced the PPC. Nev recalls that Fr Ron had always encouraged “dreaming and scheming”, an idea he was very attracted to, but for which very little time was ever dedicated. Now, with this new model, he feels a fresh enthusiasm and a “growing realisation of the responsibility we have been given” and the need to get things done.

Secondly, the focus on “mission”. When challenged to explain what they mean by the word “mission”, each interviewee spoke passionately to what it meant for them. Trish describes mission this way:

“For a while we were sleeping, passive, doing the right thing, going to church, doing our bit and then going home. And now it is about a drive, a vision, a need to be active and to reach out and bring people in. So rather than being a closed parish it’s about getting out into the community.”

Anne suggests that it is possible to gauge a person’s level of discipleship by the way they engage in the four-fold pillars of the RCIA process — Word, worship, community and witness. Thus, to be a parish on mission they must be dedicated to excellence in these core pillars.

Fr Josekutty agrees and says he places great importance on preparing effective homilies and having dedicated time for visitation. The shared approach to ministry allows him the time to focus on his missionary roles.

Once the MCT members looked at the various ways they could be missionary, they realised it was a massive task and that they needed to initially focus on just a few things. Sacramental life, including the RCIA process, was that starting place.

Over the past eight months they have moved to a sacramental preparation model that invites children and their families to engage in parish life by attending Mass regularly, which will then be followed by a time of formation for the sacrament. When it is evident that the signs of discipleship are there, the sacrament is conferred. This same model is proposed for RCIA candidates and families of children to be baptised. 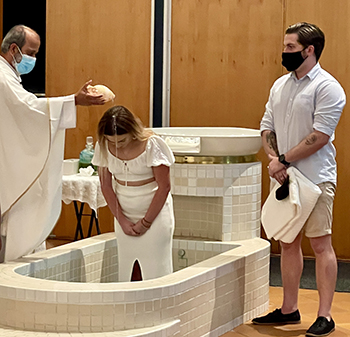 This new approach has been met with some resistance. However, the parish is now seeing fruits of this approach, as a small but growing number of young families are regularly attending Mass and engaging in the community. To encourage the continued involvement of these families, the parish is passionate and committed to family-friendly liturgies.