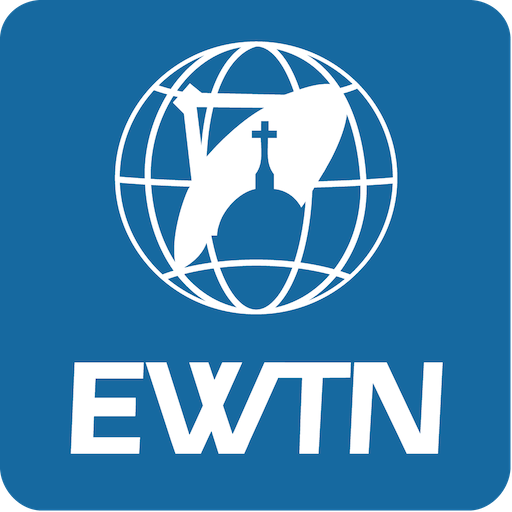 A suitable place to start is with one of the first Catholic media trailblazers, the Eternal World Television Network (EWTN). Originally available as a satellite television channel, EWTN now offers most of its extensive catalogue of faith-building video content online, on-demand, with no subscription required. Some titles – mostly documentaries – can only be accessed for a fee.

Then there’s Shalom World, which nicely fits in the middle of all the above categories. It produces a significant amount of Australian content, which forms part of its continuous, on-demand programming, all of which can be accessed for free without a subscription. Its programming includes faith-formation material as well as regular Christian movies, making it a prime alternative to other continuous broadcast channels. 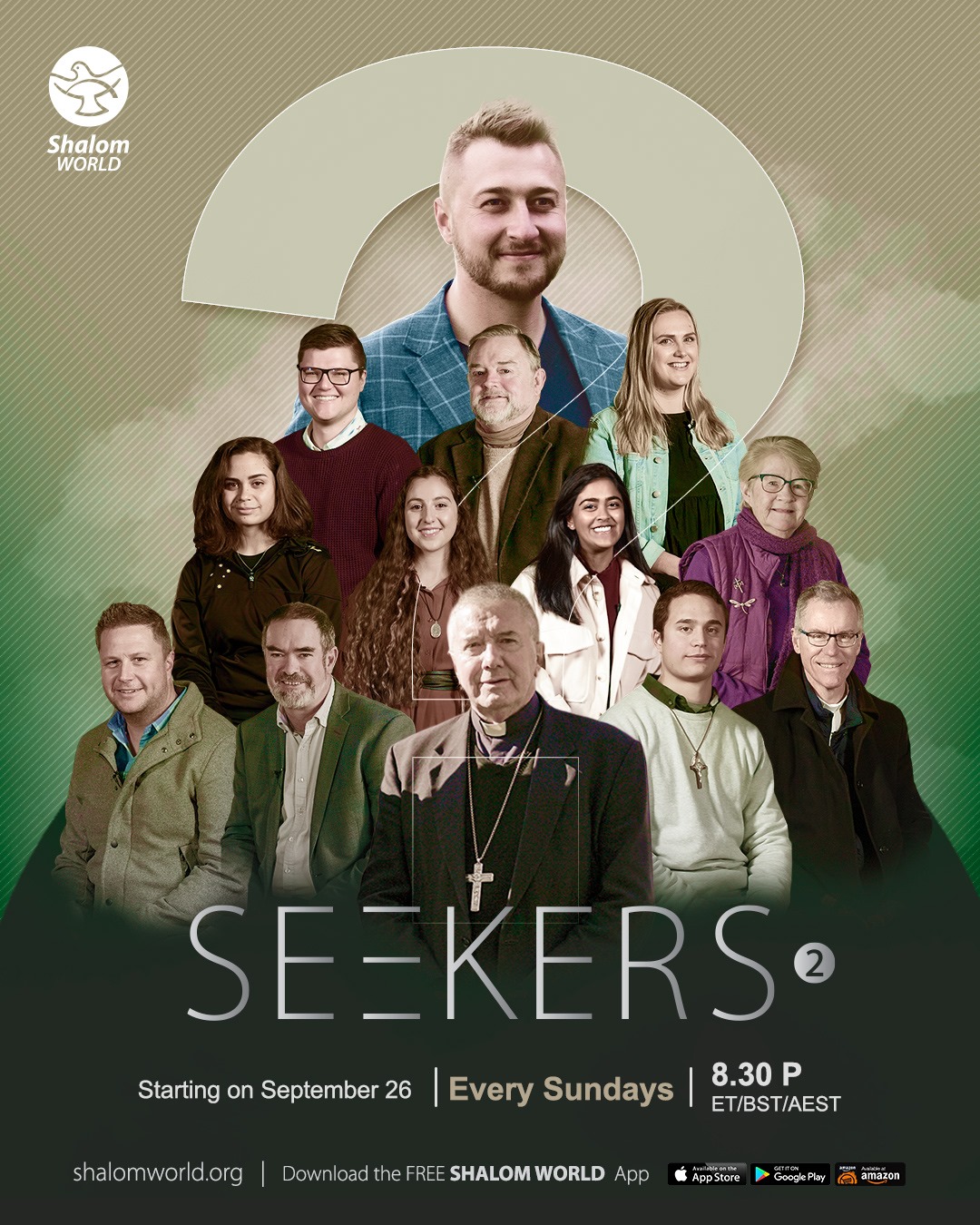 Shalom World’s mission is to impart the peace of Christ to the world through media evangelisation[i], which it’s been doing for almost 30 years, with its television channel launching in the early 2000s. It now reaches more than 150 countries, launching in Australia in January 2018.

Shalom World’s program director Tina Mary Sajiv says Catholic streaming services have the capacity to provide people with “much-needed spiritual nourishment”, reaching those who cannot come together for various reasons. They enable laity, clergy and religious to access a wide range of faith formation content and can have a significant impact on the younger generation.

“Today’s youth live in a digital world which to a great extent shapes their personality,” Ms Sajiv says. “Engaging with youth and presenting to them the truth and beauty of the Church and its teachings is the way to bring them back to the Church and the sacraments.”

Utilising emerging technologies is an essential part of the Church’s ongoing mission in the world, Ms Sajiv adds.

“The secular media has monopolised and controlled the digital world,” she says. “The Church has to counter this by showcasing its true nature and its teachings, through the use of all modern means of communication and technology.”

Some Catholic streaming services, such as FORMED, are available for parishes to subscribe to, allowing them to share a login code with parishioners to then access the material for free. FORMED was launched in September 2015, and in 2019 it was reported to have one million subscribers and 5,000 parishes signed up from around the world[ii]. This includes a growing number of Australian parishes, such as St Anthony of Padua Parish in Edwardstown (Archdiocese of Adelaide) and St Christopher’s in Syndal (Archdiocese of Melbourne).

Edwardstown parishioner Randy Juanta introduced FORMED to his parish priest in 2017, after becoming aware of the service through his personal use of other resources produced by the Augustine Institute and Lighthouse Catholic Media.

“The aim of providing parishioners access to FORMED was to allow high-quality Catholic educational and catechetical material to be accessible for personal use and self-study,” Mr Juanta recalls. “It also allows the parish to run video-based study programs in order to foster parish-based instruction.”

The parish also utilises the material available on FORMED for its sacramental programs, encouraging parents preparing to have their children baptised and couples preparing for marriage to view relevant content.

Mr Juanta says a large number of parishioners are registered with FORMED through the parish subscription, with many providing positive feedback. 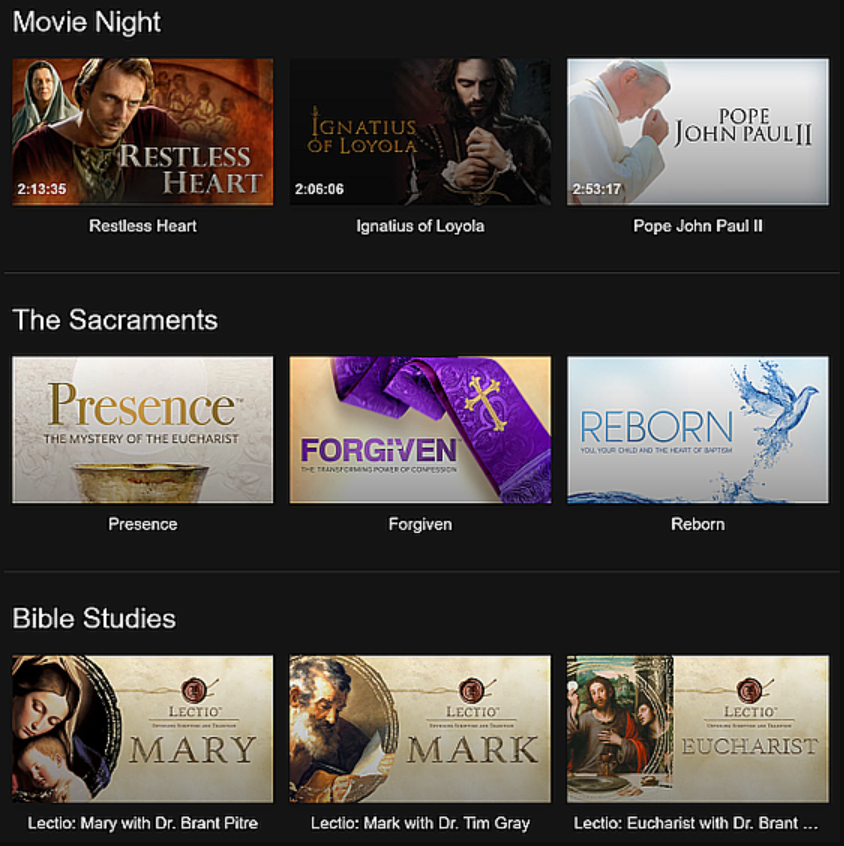 “It is very intuitive and easy to use, it is portable, their original material is extremely high-quality, their technical support is very responsive, the content is very solid and orthodox, they can be relied upon to teach authentic Catholic teachings and there is a huge variety of media ranging from videos, feature films, documentaries, MP3 audios, downloadable e-books and resources aimed at children,” he says.

Parish priest at St Christopher’s in Syndal, Fr Ralph Besterwitch SAC, decided to make FORMED available to parishioners in 2018 after reviewing the material available and being thoroughly impressed by it.

“It has many videos and other resources that can be used for adult catechesis and Christian formation,” he says. “Keeping in mind the small groups in the parish that use various resources, I thought this would be a huge help to them.”

Parishioner Catherine Chong regularly uses the material on FORMED and says its wide range of authentically Catholic content made the service highly attractive.

“Some people have referred to FORMED as a Catholic Netflix, which is so apt, but actually it is more than Netflix as apart from videos, there are also study programs, audio talks and books,” she says.

“With thousands of resources for everyone from those making early enquiries about the Catholic faith to Catholics wanting to deepen their faith, there is something for everyone.

“Most importantly, I feel assured that what I view, listen to or read comes from credible Catholic sources. I would certainly recommend FORMED to individuals and parishes.”

Other services and future possibilities

There are other Catholic services starting to appear internationally. In March 2020, Poland launched its own Catholic streaming service, “Katoflix”, and just a few months later “VatiVision” was launched in Italy. Both services seek to provide viewers with paid access to Christian and religious content, including films and series on topics such as faith, the meaning of life and the lives of the saints.

At the time of the launch of VatiVision, the head of the Vatican communications department, Paolo Ruffini, described the new service as providing “the beauty of being able to connect the past, the present and the future and to offer a response to the questions that in some sense we all have.”[iii] The growth of such services in the coming years has the potential to radically improve Catholics’ knowledge of their faith and expose the rest of the world to the richness of Catholicism. But it will require time and effort.

Time and effort to research and learn about the different streaming services available, and their level of suitability, for example. Parishes looking to run formation courses for keen parishioners might sign up for a trial of FORMED; parents searching for wholesome evening entertainment for the family might try watching a series on Shalom World for a month; individuals aspiring to delve deeper into the mysteries of their Catholic faith might like to explore the wide range of documentary-style material provided by EWTN. And if the chosen service doesn’t meet your needs, try another one. For within the realm of Catholic streaming services, there truly is something for everyone.