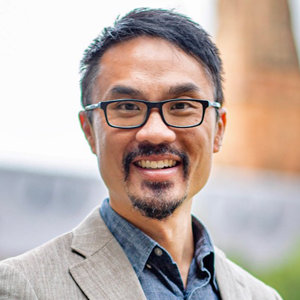 Catholic Discipleship in a Change of Age

While Christianity has been at the root of many aspects of Western culture, and many of the social institutions that emerged from this Christian faith endure, we also know Australians are getting used to getting by without it. However, the increasing focus on evangelisation in our Church is not a late and panicked response motivated by the mere cause of self-preservation. Evangelisation is, most deeply understood, the manifestation of Christ’s life in us, the indwelling of his Spirit, and a response of faith. This keynote will address present challenges for evangelisation in our culture as the Church navigates a changing world for the sake of Christ’s mission, as well as foundational ways forward for Catholic communities, schools and agencies to embed the life of discipleship and pathways for personal conversion in our communities, structures and ways of doing things.

Daniel Ang is the Director of the Sydney Centre for Evangelisation in the Archdiocese of Sydney. Entering the Church as an adult, Daniel holds a Bachelor of Arts and Commerce from the University of Sydney and a Master of Divinity from the Sydney College of Divinity (SCD), undertaken at the Catholic Institute of Sydney. He also serves as a member of the Australian Catholic Council for Pastoral Research. Daniel is a married layman with two children.